The Norfolk Records Committee consists of five resident Norfolk birders. As well as the five committee members we also have a Chairman and a Secretary. 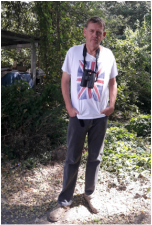 Neil Lawton - County Recorder
Neil grew up in Nottingham where he began birding on local gravel pits in the early 1980’s, before moving permanently to Norfolk in 1992. Neil spent several years working for the Norfolk Wildlife Trust at Holme Dunes and for the last twenty years as permanent seasonal warden on Scolt Head Island for Natural England.  He has spent many winters birding abroad, spending recent winters in Thailand. Neil has been involved with Norfolk bird recording for 25 years and took over the role as county bird recorder from Dave and Jacquie Bridges in Aug 2016. 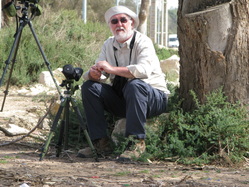 Mick Fiszer - Rarity Committee Secretary (since 2016)
Born and bred in Norfolk I began birding about the age of 7 around the fields and cliffs of north-east Norfolk. I made my first contributions to the NBMR in 1977, joining the Editorial team in 1983 serving in several different roles including two terms on the county RBC, 1991-96. 2000-2005.
Serving as the committee’s secretary since 2016.
I have an interest in all things connected to the Natural World but birds are my first love. Perhaps the highlight being finding Norfolk’s first Laughing Gull at Walcott on Christmas Day 1992 with my youngest daughter Karen. 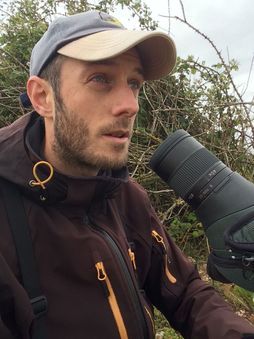 Ashley Saunders - Committee Member (since 2017)
Ashley was born in Norfolk and began birding at an early age, as an interest in wildlife was gradually augmented by a combination of YOC membership, hand-me-down binoculars and weekend trips to Cley reserve! The birding bug caught him properly as a teenager, at which point he knew he wanted to find a way to carry on birding and travelling as much as possible. This led to him starting up his own business running local birding tours back in 2002, which eventually became Oriole Birding. Ashley still runs the company and leads birding tours worldwide, and lives in Fakenham with his partner and their young daughter. Wells Woods is his favourite birding spot in Norfolk, and he can normally be found there between August and November! 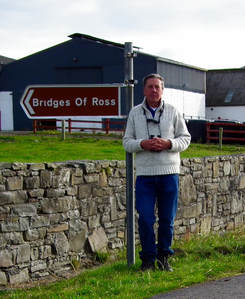 Mick Saunt - Committee Member (since 2017)
Born in Norwich, Mick has lived in Norfolk all his life and has been a keen birder for the past 35 years. He has travelled extensively in Europe and Asia as well as Africa, Australia and North America but in spring and autumn spends his time either in the Brecks or birding the east coast between Horsey and Winterton. 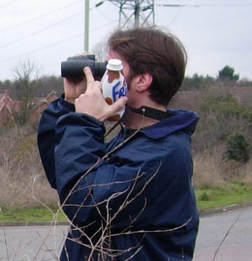 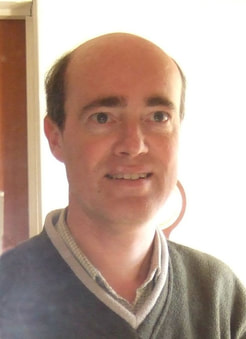 Andy Stoddart - Non-voting Member (since 2016)
Andy is a lifelong birdwatcher with a particular focus on ‘patch working' and identification. His main interests lie in Holarctic birds (particularly those of Northeast Asia and America’s Great Plains) but at home his much-loved local patch for thirty years has been Blakeney Point.

Andy has found many rare birds in Norfolk and elsewhere in the UK, including England’s first Masked Shrike, Norfolk’s first Pacific Golden Plover and Moltoni’s Warbler and over sixty Arctic Redpolls. He is a member of BOURC, Vice Chair and a former voting member of BBRC and Editor of the Norfolk Bird Report.He has written a number of books on environmental and ornithological history and is a frequent contributor of papers, articles and book reviews to the birdwatching press.
Andy's roll on the committee is as a non-voting member in his role as editor of the Norfolk Bird & Mammal Report. 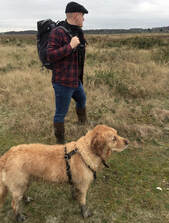 Kayn Forbes - Committee Member (since 2019)
Born and raised in Norfolk, Kayn completed his degree and PhD at the University of East Anglia, where he now carries out independent research as a Leverhulme Early Career Fellow. Kayn initially began birdwatching at an early age, though a real passion for watching birds developed in his late teens. He spends the majority of the fast-paced spring and autumn seasons along the north Norfolk coast, primarily between Sheringham and Blakeney Point.  The time of year he enjoys most however is the winter, where he is to be found throughout the county spending his days alongside those of the large flocks of wintering geese that Norfolk is privileged to hold. 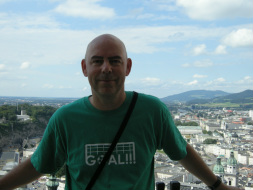 Graham Etherington - Media and Communications member (non-voting)
Originally from Stoke-on-Trent, Graham first moved to Norfolk in 1986 with the Royal Air Force and then returned in 1996 to do a BSc in Biology and later a PhD in Bioinformatics at the University of East Anglia. He currently works in The Earlham Institute in Norwich, where he studies genome-level vertebrate evolution. Graham has lived and travelled extensively in Western Europe, North America and Australia.
Living in Norwich, he spends much of his birding time in East Norfolk, mainly around Waxham and Hickling. Graham served on the committee between 2008 - 2013.